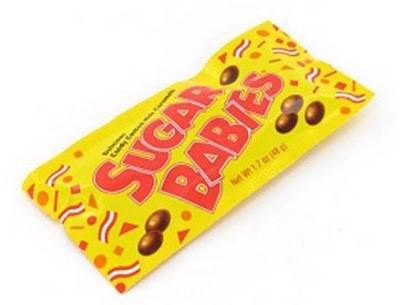 I bought two packs, opened one in the car and ate it on the way home. Since I didn't want that other pack tempting me, I ate it soon as I got home. Yes, they were delicious—exactly the way I remembered. Now, I have my sugar quota for the year, and have satisfied my craving for Sugar Babies.
Posted by Millie Ledford Lee at 5:21 PM 1 comment: